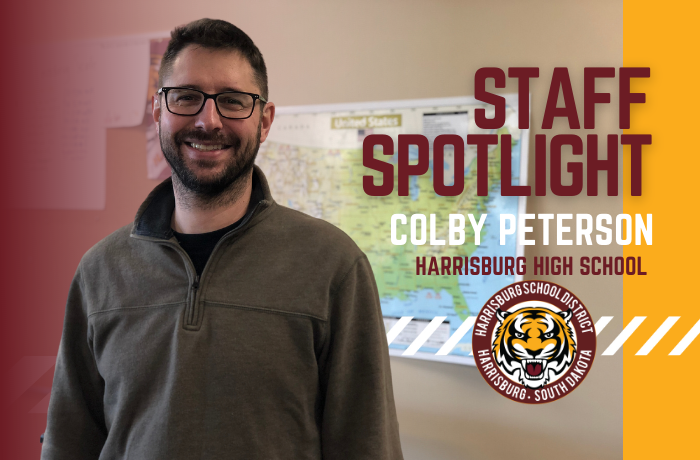 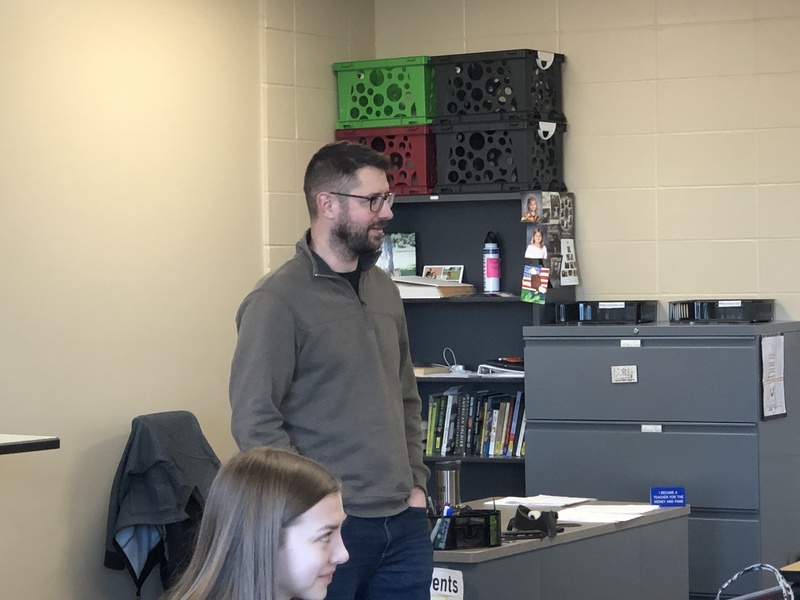 Have you ever thought to yourself, “What am I going to do with my life?” Don’t worry, freshman social studies teacher Mr. Colby Peterson didn’t always know, either. He knew he had the desire to further his education in college; however, he was unsure if he would be able to attend because he didn’t have the money to pay for it nor did he know what to study. Determination pushed him to work for his goal.

In his senior year, he enlisted in the U.S. Army; this provided the funds for him to attend South Dakota State University. He ended up being stationed in Ganau, Germany, to work in the 502nd Engineer Multi-Role Bridge Company, where he also mentored younger soldiers. During the five years he spent overseas, traveling throughout Europe and providing guidance for other soldiers sparked his interest in becoming a history and geography teacher. He had the opportunity to visit places many would only see in World Geography and World History textbooks. These were also the subjects he excelled in at school.

Although the military did spark his interest, there were other factors in deciding his full-time career. Originally, Mr. Peterson planned to only serve in the military; in fact, he is currently working as an instructor and writer in the Sioux Falls Army Reserves. After his graduation from SDSU, however, Harrisburg hired him as a Student Success Supervisor. When a social studies position opened up the following year, he eagerly accepted the offer. He has been an HHS Tiger since 2014.

Looking back at his own high school years, a lot has changed since 2003: classroom resources, methods in education, and schoolwork. Now, each student is now fortunate enough to use their own device, in contrast to visiting a library with shared computers. With all of the textbooks Mr. Peterson used to carry around, his backpack was heavy, and his arms were sore. Peterson jokes, “My back hurts just thinking about it.”

The knowledge from the military certainly contributed to the current practices in Mr. Peterson’s classroom. He aims to assist students with an open mind to help them accomplish their academic goals. When teaching, he strives to implement new methods and insight in his lessons. Mr. Peterson also values structure and discipline in the classroom; he has set routines and standards. With these expectations, students are pushed to become the best version of themselves.